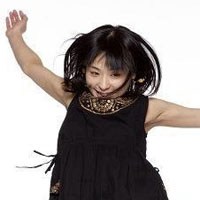 Ayaka Nakatsuru
Ayaka Nakatsuru was born in Fukuoka, and started studying classical ballet at age four. She moved to Tokyo to study contemporary dance, and in 2008 she began performing internationally as a member of BATIK. In 2008 she created the dance group COLONCH with college classmates, and has contributed pieces to the group. In 2013, COLONCH was awarded the Newcomer Award at the Dance Ga Mitai! (I Want To See Dance!) Newcomer Series competition. She performed at Fukuoka Dance Fringe Festival vol.7 in 2014, and has been working in Fukuoka since 2016.